Hey vinas! Welcome to our new series, Fearless Femme Fridays. Each week, we’ll be rounding up a list of badass women who gave us major inspo. We’re giving a huge 🙌 to these amazing females. Meet them below!

Jamila Aamer is the head chef at Amal Women’s training Center and she serving up more than just delicious Moroccan meals! This professional chef is empowering women in Marrakech to enter the workforce, specifically through the culinary arts. Jamila is the head chef at the Amal Women’s Training Center, an outdoor cafe dedicated to teaching vinas not only how to cook a great meal, but also how to independently provide for their families. Every six months, 30 women are selected through an application process to train at Amal. Most trainees are considered outcasts in Moroccan society: orphans, single mothers, or divorcees. Jamila’s program is built to help these vinas support themselves and find their confidence once again.

“I want to teach these students with a lot of love,” Jamila told NPR. “I’m trying to give them as many skills as I can, so they can get jobs and better their lives.” We can toast to that.

Karissa Bodnar, owner of Thrive Causemetics, knows that every woman deserves to feel beautiful. Karissa launched Thrive Causmetics to make all women–especially those who were undergoing cancer treatments–felt empowered. Thrive Causmetics specializes in fake eyelashes for women who have lost their hair due to medical issues. The eyelashes are curved for a more natural approach, perfect for women with or without natural eyelashes. The vegan cosmetics line also includes sunscreen, mascara and lip gloss. Karissa recently expanded her brand to donate an item to a vina in need for each item sold. Her donations support women in various forms of need, ranging from cancer patients to the homeless to victims of domestic violence. Karissa makes the world more beautiful.

Sarinya Srisakul, President of United Women Firefighters community (UWF), aims to not only prepare women to pass the firefighter physical exam, but also to mentor other women while they’re in the Fire Academy. Sarinya was the first FDNY Asian-American, female firefighter and it wasn’t an easy journey getting there. Back when she joined in 2005, a former NYFD chief argued that women cannot compete in this line of work and almost sabotaged her whole career. After 9/11, Sarinya felt the need to help during the hopeless time, so she attended orientation where she felt a deep purpose to become a firefighter. Since then, more ethnicities and females have joined the ranks–with the help of Sarinya’s mission. Sarinya is making it a point to recruit women into the field and believes it is important to have diverse representation for the communities the FDNY is serving. The FDYN also received emergency calls for domestic violence, accidents, drug-overdoses, and even provides medical care for the sick.

In a recent interview, Sarinya expressed that “one day, it will be very normal to have women firefighters—as normal as you see a woman cop or a woman judge.” And with your courageous help Sarinya, we don’t doubt it! 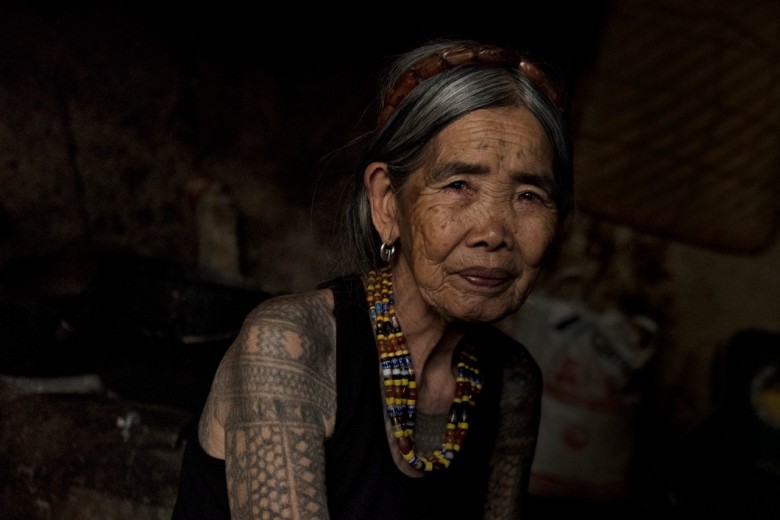 Whang-od Oggay, a 101-year-old Filipina tribal tattoo artist, is considered the last and the oldest mambabatok (traditional Kalinga tattooist). Growing up during a time of war between Japan and the Philippines, Whang-od’s Butbut-Kalinga tribe was taken advantage of by both parties. Abused and left with little food, her community decided to fight back. At the age of 15, Whang-od became an artist tattooing warriors who mostly earned tattoos through protecting villages or killing their enemies. Almost 86 years later, Whang-od now provides her service to tourists from around the world, saying, “I am very grateful for the visit of people who want a tattoo, because they give meaning to my life.” Tattoos were once an exchange of culture and significance, now they are an exchange for money and while evolving with the times, Whang-od can now afford to own her own pigs, hens and living. Being the last tattoo artist of her kind, Whang-od is hoping to pass the trade on to her sister’s granddaughter.

You can read more about Whang-od’s tattoo process here.

What is women empowerment without the power to rebel against limits? Meet Parisa Pourtaherian, Iranian female photographer who was recently banned from covering men’s sports events – women are actually banned from Iranian stadiums in general… Luckily that didn’t stop this woman on a mission, who covered the soccer footage on a nearby roof anyway. Capturing vivid photos which went viral on Twitter, this woman not only accomplished her set-goal, proved her eagerness as a photographer, but did all of this without breaking the sexist ban. Even though Parisa only photographed half of the game- being denied access to neighboring roofs up until the second half when a family finally allowed her access, her photos and courage are applauded by Iranians and people across the globe. She recently told The Gaurdian, “My big personal wish is to be able to cover – even at least for one time in my life – a match by my childhood favourite Manchester United in the Old Trafford stadium. I’ll do everything for this dream to come true.” Parisa we are rooting for you! You can follow Parisa’s photography work on Instagram!