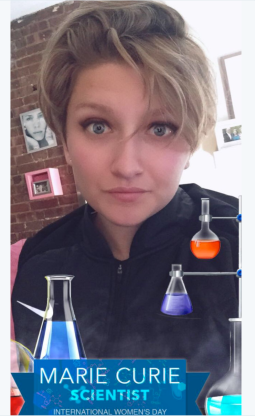 Snapchat created lenses featuring three of history’s most renowned women: artist Frida Kahlo, civil rights activist Rosa Parks, and scientist Marie Curie. The company worked with both the Frida Kahlo Corporation and the Rosa and Raymond Parks Institute for Self Development  to create the lenses. Additionally they also supported International Women’s Day by creating a special geo filter and showing celebrations from across the globe. (There was some controversy over the “make-up” attached to some of the filters, but it’s the purpose behind the campaign that we’re fans of here). 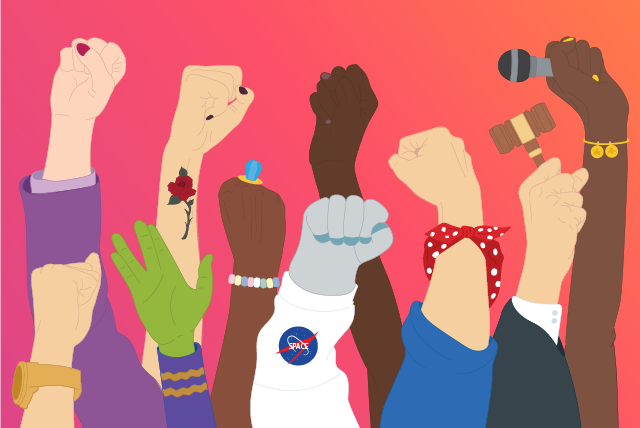 Our buddies over at Tinder have launched a month long campaign, teaming up with Pledgling.com for #FundHerCause. For every tweet between March 8 to 31, the company will donate $100 (up to $250,000) to the female-friendly nonprofit of your choice.

In honor of International Women’s Day, DDB Worldwide changed its name for one day to DDB&R in honor of Phyllis Robinson, the agency’s very first female copywriter. In addition to the name change, DDB&R also launched a social campaign.  The agency tweeted a number of iconic ad campaigns created by some of the agency’s brightest female employees. It included an image of the original ad alongside an updated one created for International Women’s Day.

Microsoft encourages girls to stay in the STEM fields and change the world, with its #MakeWhatsNext campaign, now in its third year, for International Women’s Day. The short film depicts young girls talking about their passion for curing breast cancer, cleaning up the environment and bringing fresh water to the world.The spot in turn asks these young women to fight the current system and make a mark in traditionally male fields.

Using Linkedin as their platform of choice, PepsiCo, a partner of International Women’s Day, had employees pledge to #BeBoldForChange. The company shared stories of women in leadership roles and how they ‘pledge’ and plan on mentoring other women at the company to ensure progress and success.

Did your favorite brand stand up for equality and women’s empowerment on International Women’s Day?